“Supersize Media made me look like a million bucks online! I now have a platform which I can now proudly show to potential investors” – Neo Vilakazi, Writer, Composer & Director

We created a professional website and brand identity along with a strong digital marketing and media outreach strategy for the UK premiere of Shona The Musical in Edinburgh, to raise awareness of this exciting original production, bringing authentic African – inspired stories to British audiences.

Director Neo Vilakazi dreamed of creating the next big phenomena in African musical theatre history. Vilakazi began his long journey 5 years ago  writing and composing in hopes of creating a musical masterpiece.

The Lion King has been a torch-bearer for African inspired musicals for years, “Shona The Musical” is that new kid on the block which will delight and amaze in equal measure.  The story is based on recent events in Zimbabwe. Under Robert Mugabe, Zimbabwe burned and the lives of its black and white citizens were thrown into turmoil.

Shona brings together some of the best young talent from South Africa and Scotland to tell a cross-cultural love story that transcends racial barriers, set amongst the ruins of an African country in turmoil. 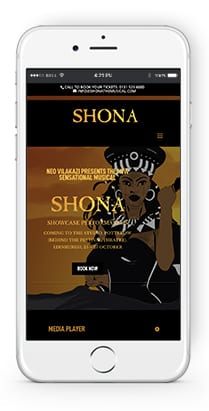 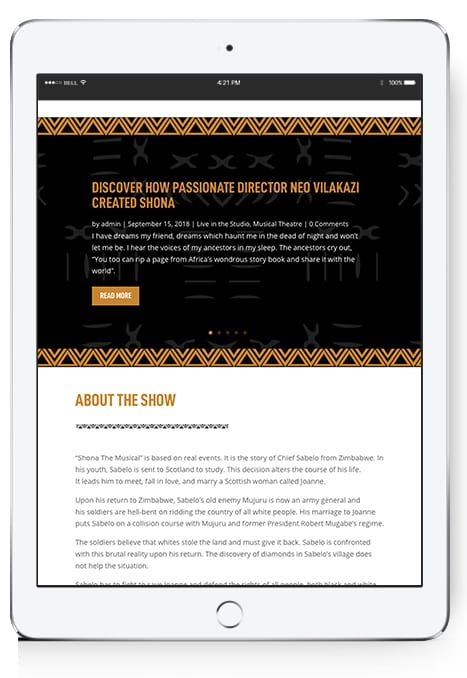 Shona The Musical had no presence online, our challenge was to create a professional looking brand identity and user friendly website for purpose of promoting the show and excite potential funders and theatre owners to invest .

Due to the lack of major theatre productions coming from Africa, the producers could not take advantage of any marketing precedent to target an established demographic.

For its workshop launch in Edinburgh, it was essential to raise awareness of the performance in the highly competitive local theatre and entertainment market.

To sell out the workshop shows, Supersize Media identified key strategic audiences, and built a bespoke digital and social media presence to give prospective attendees a more intimate feel for what they could expect in the theatre itself.

To tap into the Edinburgh market, we executed our media outreach plan to influential media outlets targeting ultra-specific local demographics.

Our Supersizers would love to meet you! We are crazy for tea and coffee, oh and Biscuits!

Book for a chat 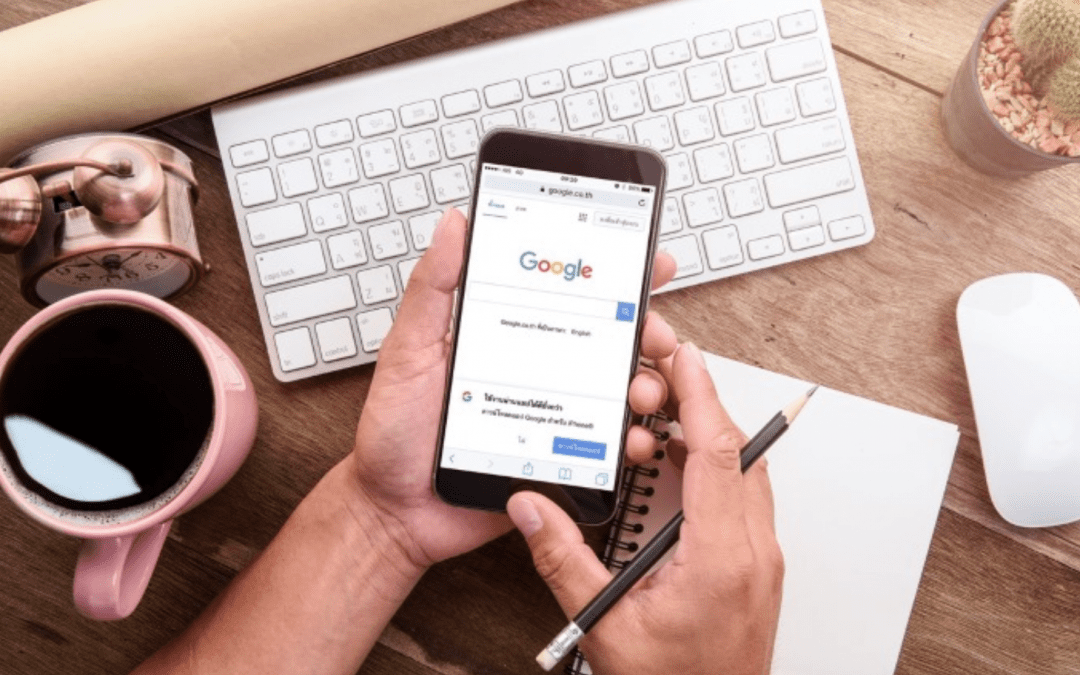 Thinking about using Google Ads? Here’s how to get started

“There’s no better person to ask than your actual customers. Send out a survey asking what they would be searching for or ask them in person,” Harry added. 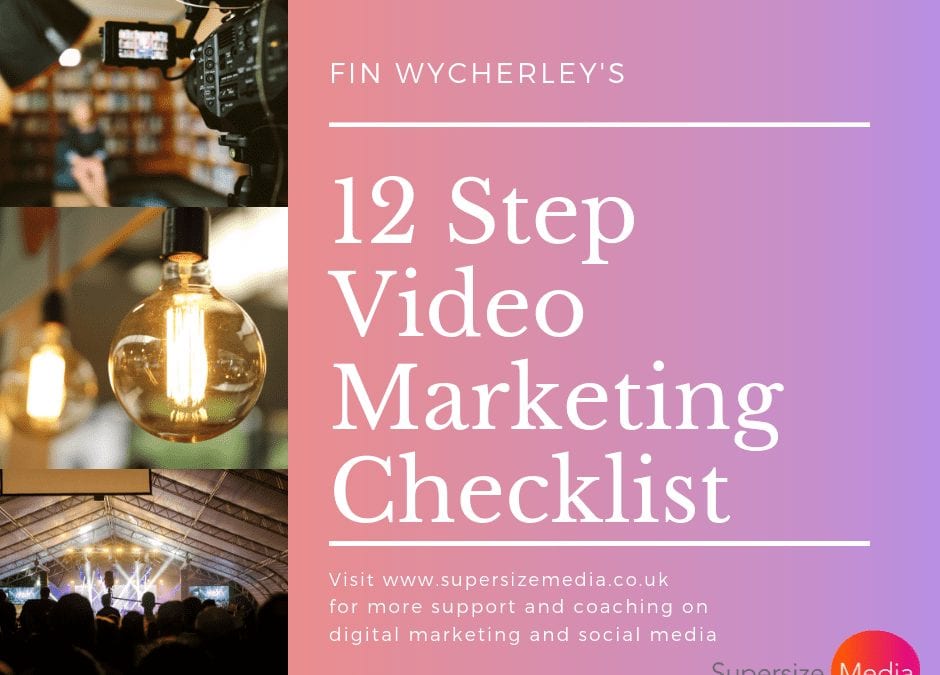 Make them go from “OK, I know you now, I can see that you understand my pain, and you’ve reminded me what would happen if I don’t do anything … you’ve got me. I’m interested. But not interested enough to buy anything from you yet. I want you to buy me a drink, take me for lunch, offer me some flowers, meet some of my mates … before we get down to business, ok? Lmao!!!!!” 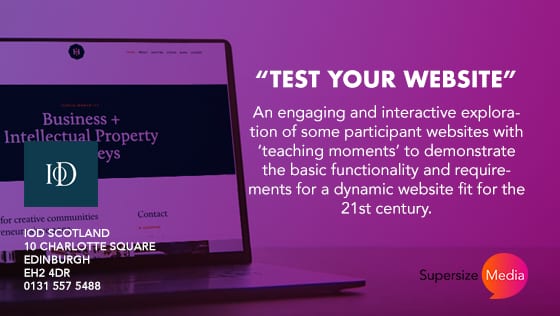 Let's Test Your Website! - IoD Scotland An engaging and interactive exploration of some participant websites with ‘teaching moments’ to demonstrate the basic functionality and requirements for a dynamic website fit for the 21st century. About the event The two-hour...